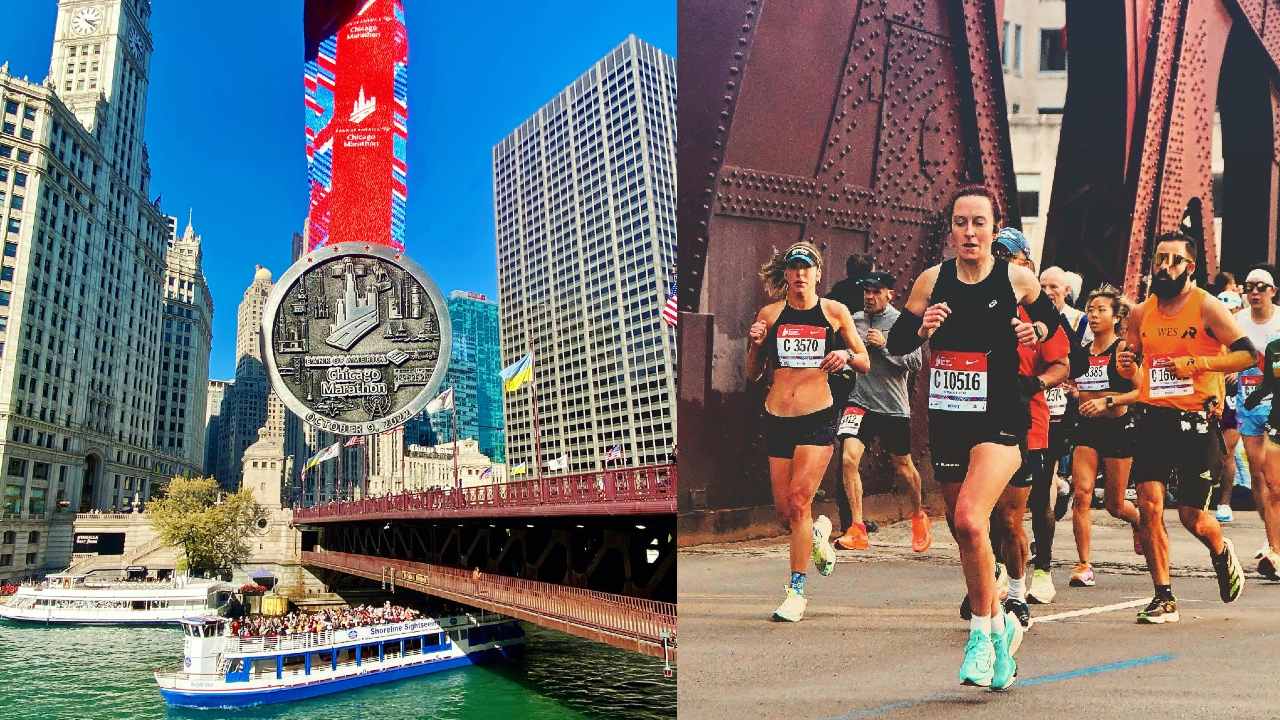 A year in the pipeline, having qualified at Belfast Marathon in October 2021. 8 months of uncertainty due to injury. And finally, the day to head across the Atlantic arrived, the injury had settled, legs were feeling ready to go, and my mind had never been so strong and eager for an event…

Arriving in Chicago on the Thursday before race day Sunday, it very quickly became clear that this was runners’ weekend in the city. From welcoming banners in the airport to signs in hotels, smiles from locals on the subway, and runners from all corners of the world just about anywhere you turned - the city was ours for the next 72 hours, and the resounding collective energy was that we were damn sure gonna run it!

So, tactics…
In all honesty, I really hadn’t cemented any in advance, because the main goal was just to get through the 26.2 miles injury-free. But, something happened when I arrived at the expo, and the strategizing started! The buzz sparked some sort of self-belief, and I decided to back myself, commit to trying for a 3:20 finish time - a 2 minute PB - and leave everything out on the course. Afterall, I didn’t sacrifice everything for the year so far, all for this event, to not put my all into it.

A couple of days of sightseeing and carb-loading later, and race morning had arrived. And if one thing is for sure about Chicago Marathon - it’s an early start by all accounts! Breakfast at 5am, onto the subway for 6, and at Grant Park for 6:45am, ready for a 7:30am kickstart. And what an atmosphere it was! 40,000+ runners all lining up for the race of their dreams. And it certainly was the race of mine.

As the race kicked off, and we made our way under the tunnel and through the first mile, the adrenaline was already at an all-time high. Simply the view of those iconic Chicago skyscrapers, the endless sea of runners and spectators, and an echo of support that stretched across the entire city - that’s enough to have your heart rate well outside the comfortable zone 2! But I pushed on…

5k down in 22:45 and into 10k in 45:27 - I could not have paced it better in the early part of the race. And I knew it. Consistency was always going to be the winner in this race. I didn’t trust myself enough to go for a negative split after the year I had, so I strived for steady and consistent. 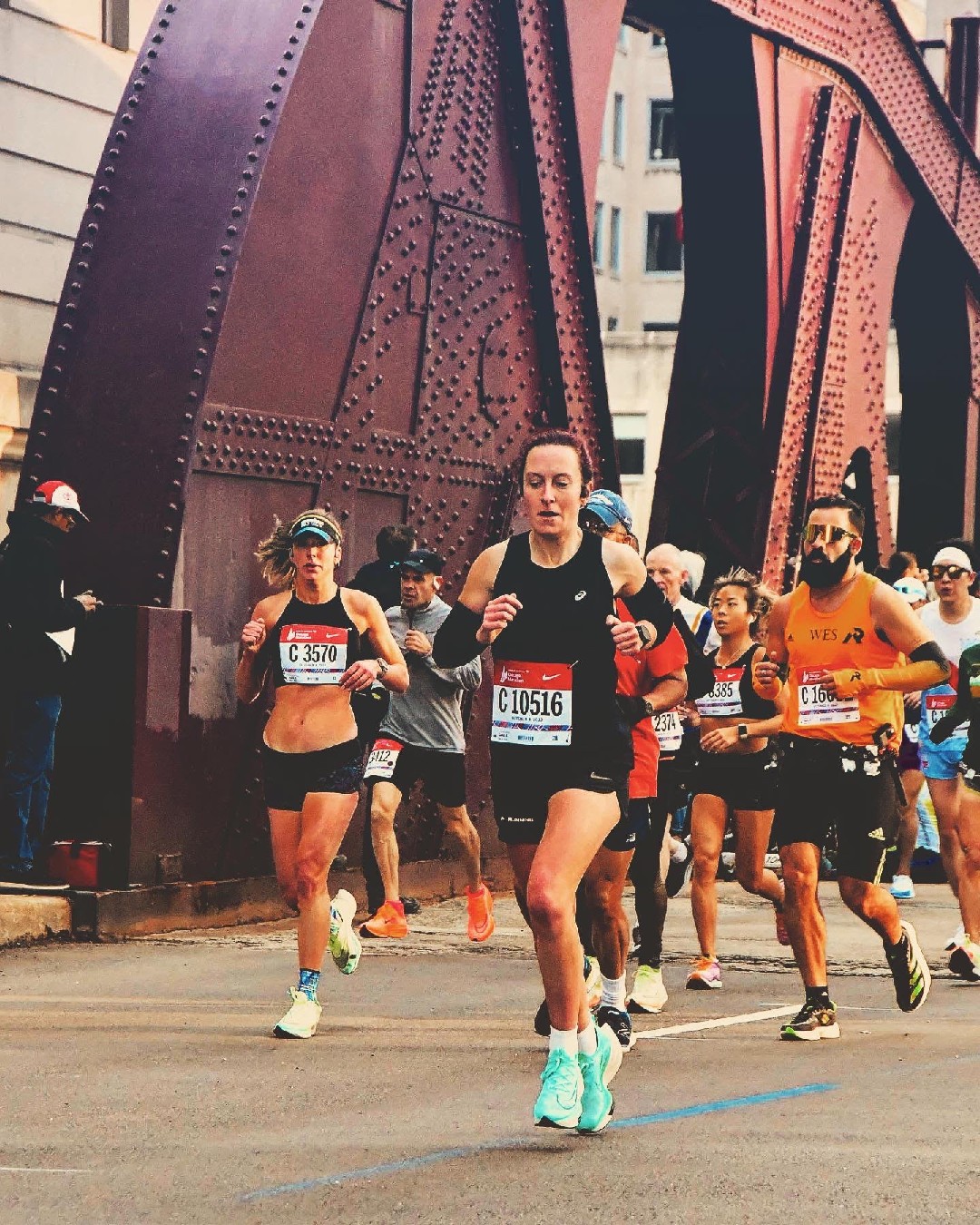 When I passed the halfway point in 1:36:20, I knew a PB was on, and I knew it could potentially be much greater than the 2 minute PB I had my heart set on. “Could I be a SUB 3:20 marathoner?!” I remember thinking. Got chills even dreaming of it. And I made my way through the 29 neighbourhoods of Chicago, spotting signs from spectators that made me laugh, imagining those who were tracking me on the app back home, thinking of seeing friends at the finish line and where on the course they might be currently, the miles just zipped by.

It was at 35k that things started getting difficult. And anyone who has ever ran a marathon knows that point well. I can’t call it a wall, because I never for a second questioned pushing through, but it was an unavoidable heaviness in my legs. And 37-42k was a case of just grinding it out. Reaching for everything being offered on the course - water, gatorade, you name it, I was taking it, for a mental distraction if nothing else. 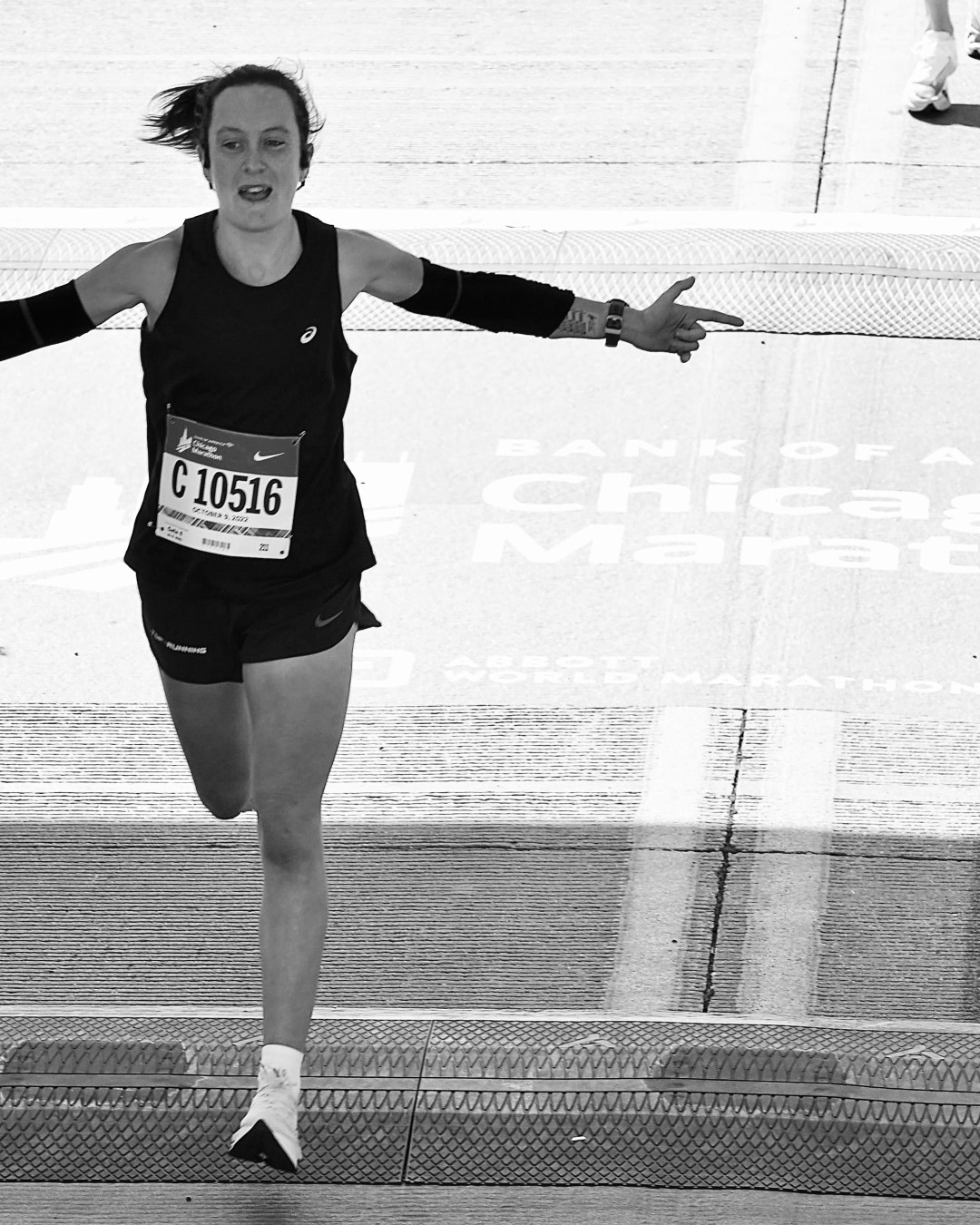 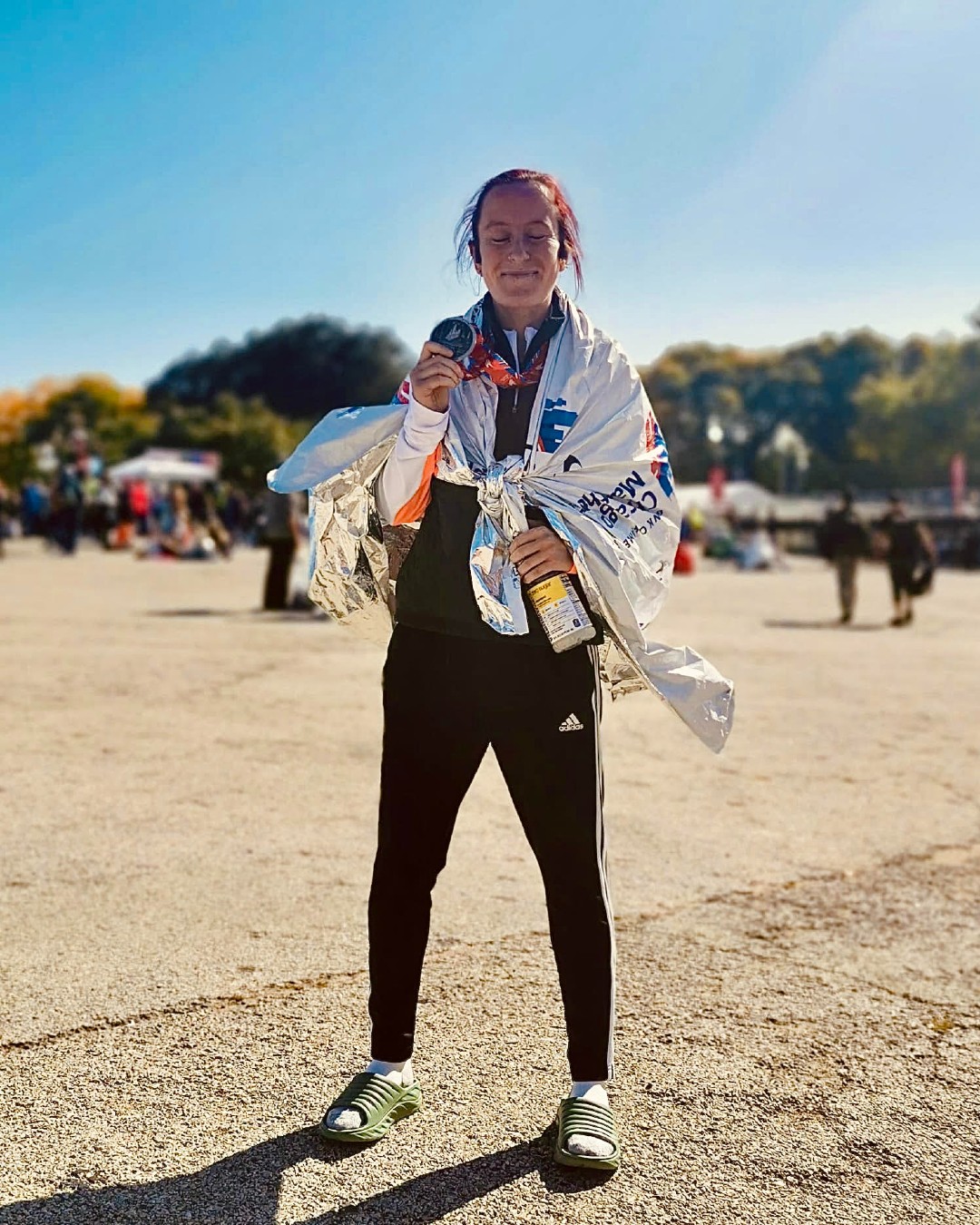 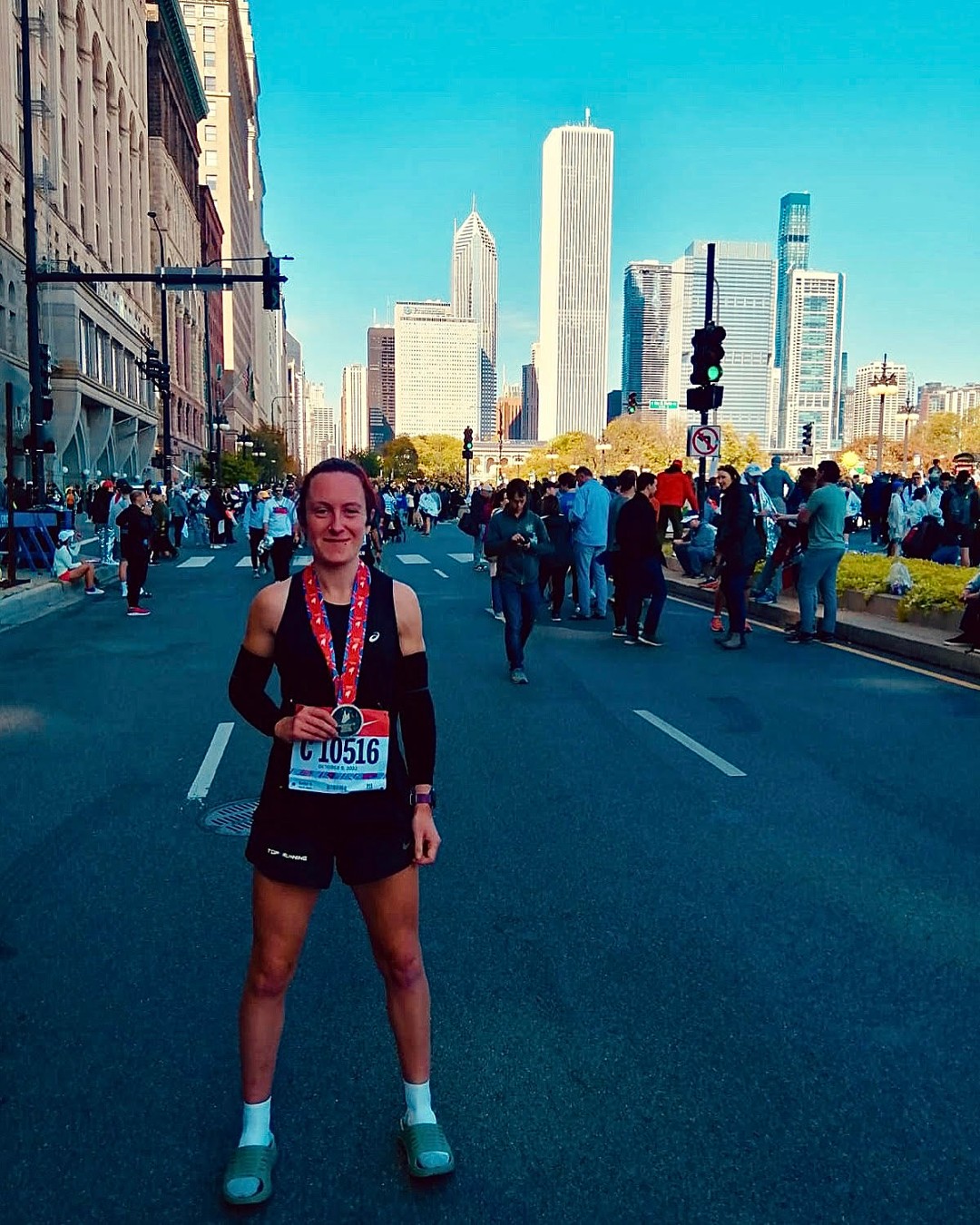 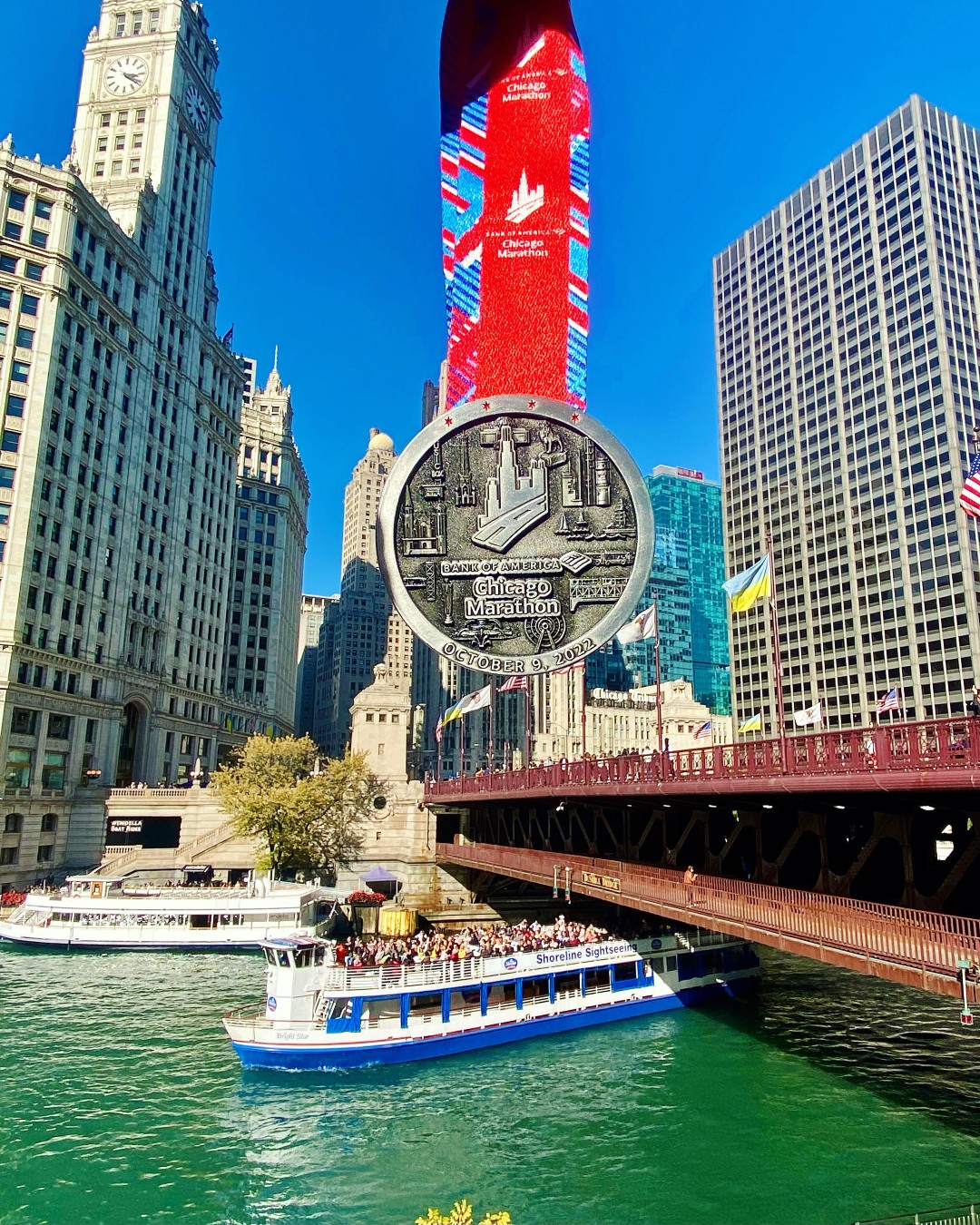 And like all those difficult training runs we prepare with, all those races we’ve done before, - it passes, and the good part comes. Michigan Avenue. The finishing straight. Lined with thousands and thousands of the greatest cheerleaders you can imagine. All out to make Chicago the marathon that it is, and one I will dream of returning to for years until I inevitably do.

Crossing the finish line in a time of 3:14:43 - an 8 minute 5 second PB - a moment I hope I never ever forget or take for granted. Every single day of injury, every single moment of 2022 that made it seem like Chicago wouldn’t happen, it was all worth it for those 10 seconds crossing the line.

Thank you, Chicago. A sub-3:15 marathoner - against all odds.

A year in the pipeline, having qualified at Belfast Marathon in October 2021. 8 months of uncertainty due to injury.…

Firstly, as a pretty recently acquired member of the Top4Running team, let me introduce myself! I’m Wynona (or more…

Meet the team and get to know Julia Samuelsson!

Show all articles
Why register?
Register to get lots of great benefits!
Possible to use discount vouchers
Monitor the status of your order
Shared user account for all our online shops
Personal data entered into the order in advance
Extra 5% discount
Prior access to exclusive news and limited products
Special offers and discounts for club members only