The Road to Chicago: looking back at Oslo Half Marathon

Firstly, as a pretty recently acquired member of the Top4Running team, let me introduce myself! I’m Wynona (or more happily known as Wyn Wyn!), and can be mainly found trotting the pavements in Dublin!

Having started running just 4-5 years ago as a way to create the best version of myself, physically but moreso mentally, I went from recreational running to finding a previously unmatched love for racing and pushing myself to new heights.

The road to Chicago Marathon has certainly not been a smooth one so far, with an 8 month shin injury and various false starts and setbacks along the way. But, as the date for Oslo Half Marathon came closer, things finally started to look up, and so training and consistently was building.

The aim for Oslo Half Marathon, personally, was to use it as a stepping stone and practice run for the bigger goal - Chicago Marathon - just 3 weeks later. And sometimes I think we forget that, as runners, that’s just as challenging as going all out with the goal of a PB. It requires control, discipline, and being able to reign it in for the sake of something bigger up ahead. 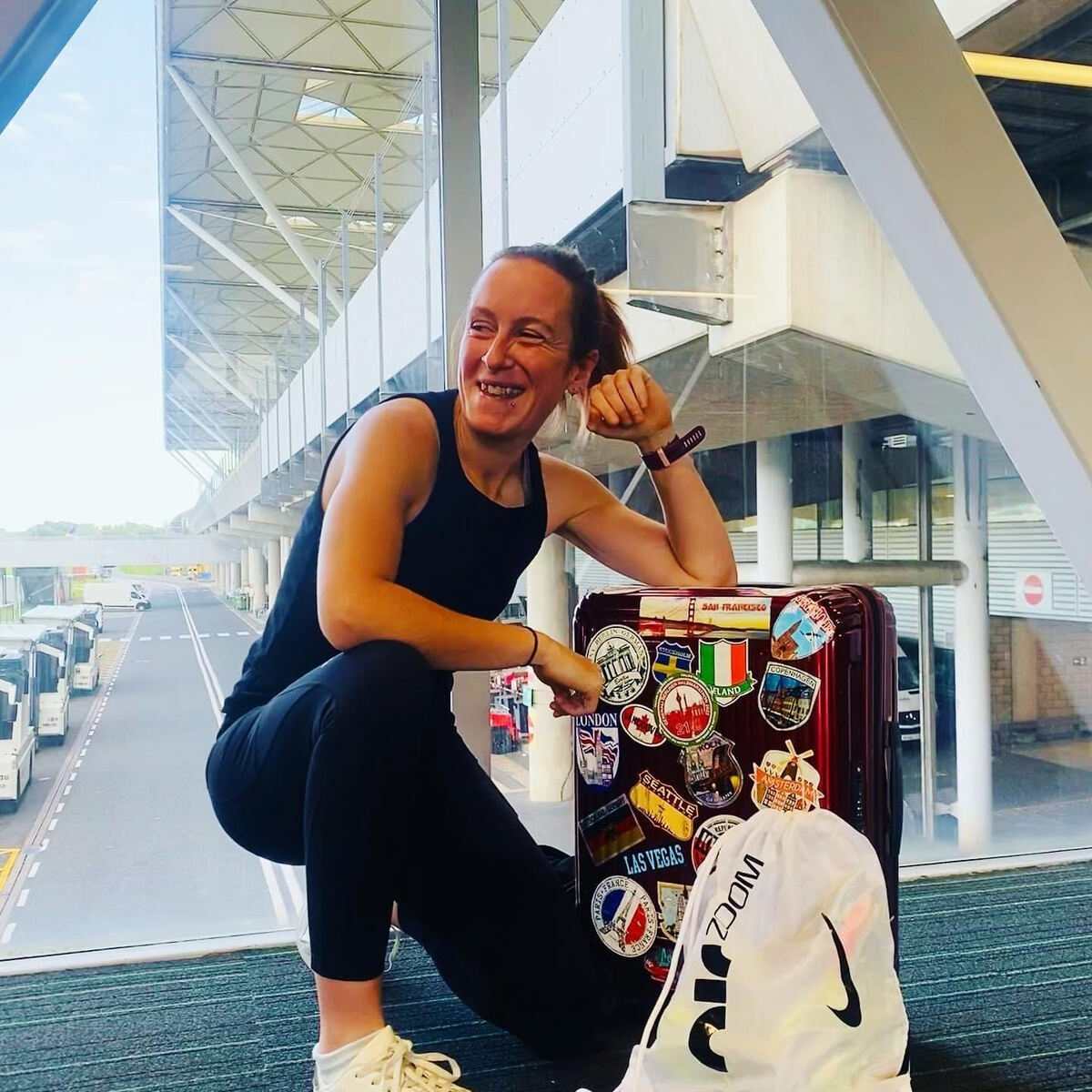 So, with 13 hours of travel - Dublin to London, a 4 hour stopover, London to Torp, and a 2 hour train journey to Oslo - the first step back to racing began! The first thing to note about this event, is that the Oslo Maraton Series consists of 3 events on the Saturday - the full marathon, the half marathon, and a 10k - all of which start at different times. So, that was the first challenge. How do I fuel and set myself up for a race with a start time of 13:30? I had never tackled an event in the middle of the day before!

I opted for a 5k shake out run that morning, around 9am, before heading back to my AirBnB for 11 to eat a late breakfast, give myself the familiar 2.5 hour window before the start which I’m used to, change into my Nike Alphaflys, and get down to the start. 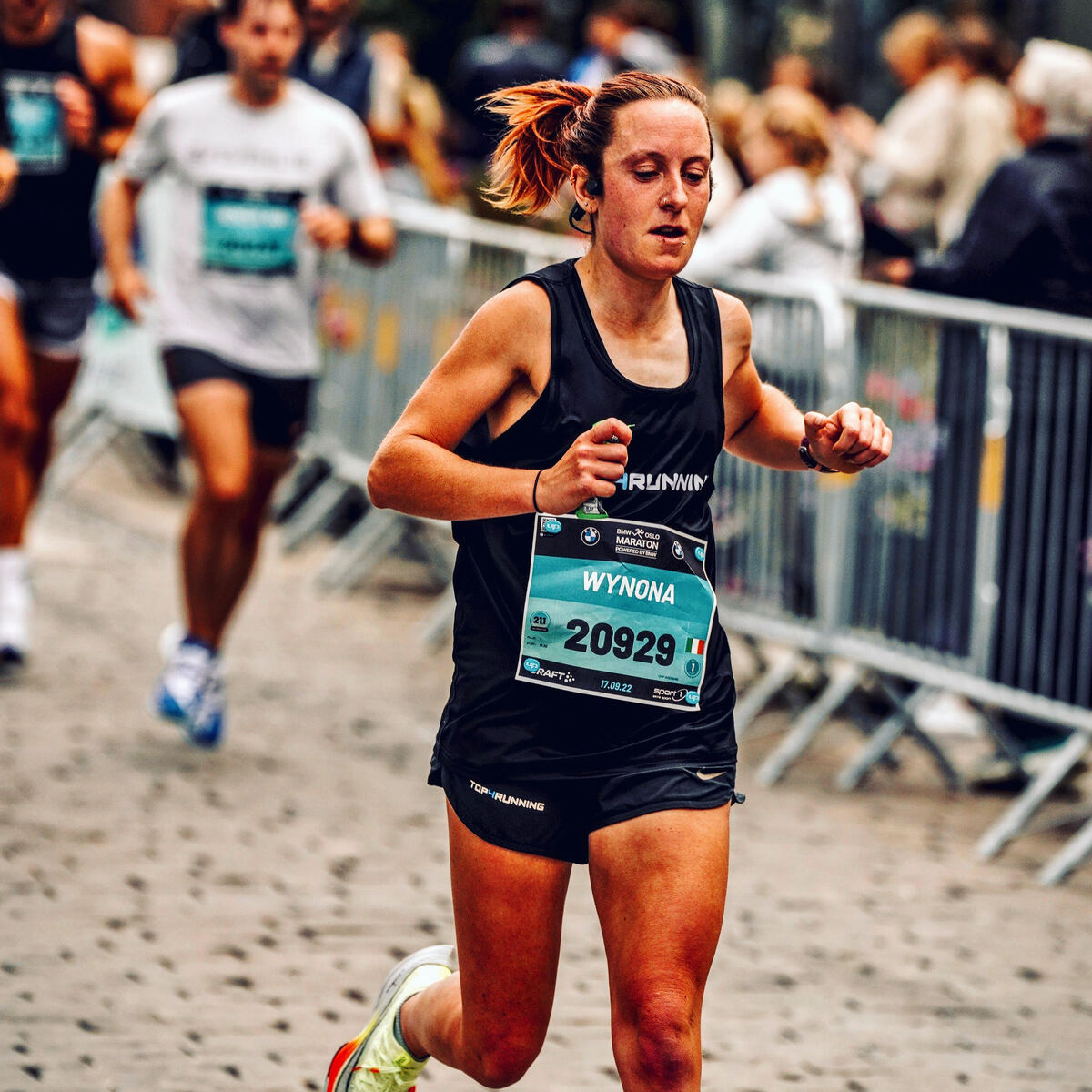 The event absolutely takes over part of the city for the entire day, and it’s amazing to witness a sea of runners for all different distances spanning from the bag drop all the way across to the waterside by the start line and finish line. Crowds of supporters, music, food, entertainment - there’s an infectious atmosphere that not only sets you up for a great race, but continues to ignite you the entire way around the course.

Following an extremely scenic course, it’s certainly an enjoyable race, taking in water views, the harbour, parts of the city, as well as some beautiful parks along the way. But, don’t expect an easy PB course here! There is practically not a single flat section of the course, with the entire route being either quite steeply uphill or downhill. 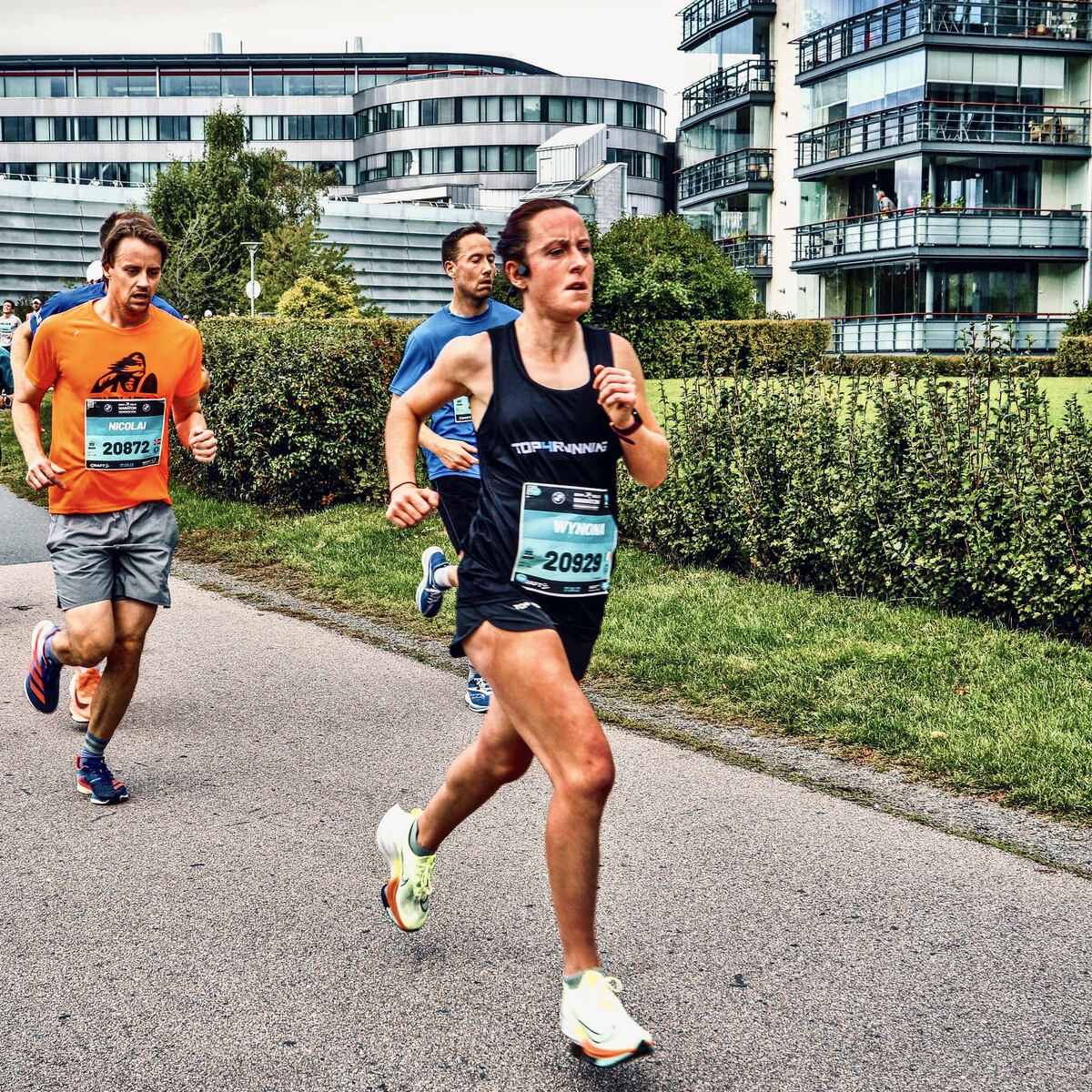 The first half is so taxing on the quads from the downhills, that by the time you reach THE hill which is around 16km in and takes you up a steep rolling incline for what feels like forever, your mental strength is well and truly tested. But, as with all things, it ends, and you find yourself cruising back down into the final kms of the race. 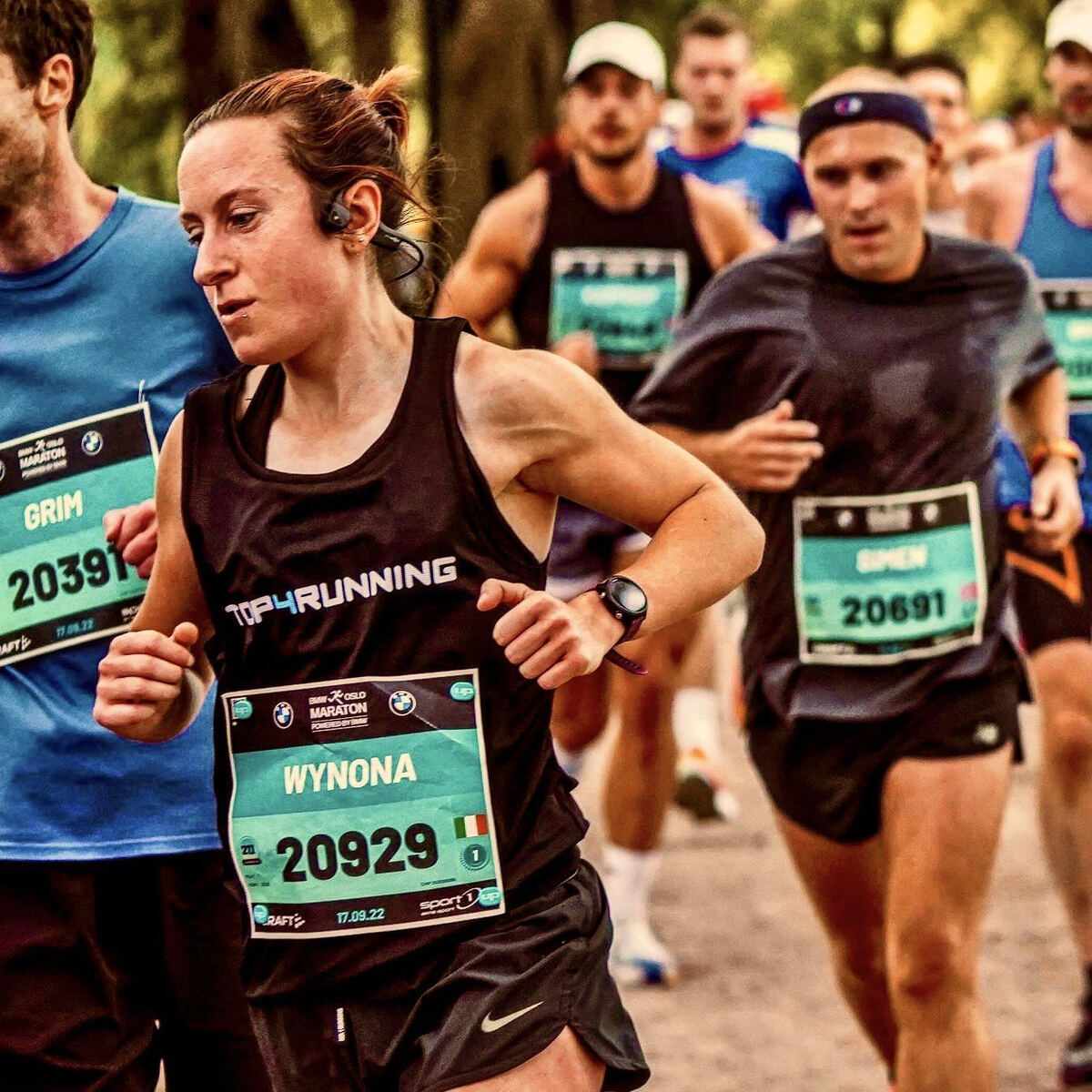 My number one aim for this race was to instil confidence ahead of Chicago.To get an idea of what is possible following a real stint of injury, and be able to hone in on whatever that ability is for the big day. And I certainly achieved that in Oslo, with a time of 1:32:06, an average pace of 4:19/km on what is my most undulating Half Marathon yet. 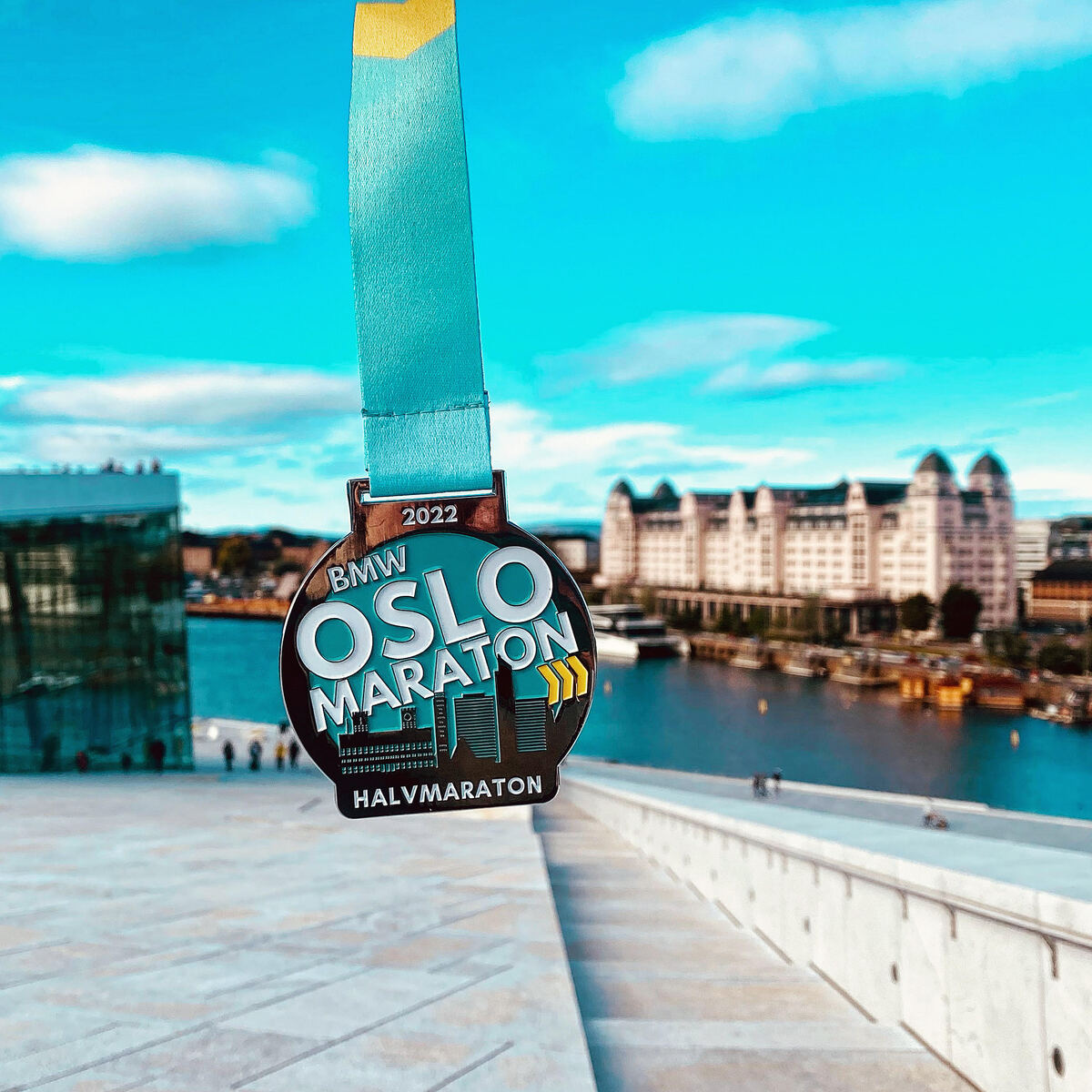 Job done - all eyes on Chicago!

A year in the pipeline, having qualified at Belfast Marathon in October 2021. 8 months of uncertainty due to injury.…

Firstly, as a pretty recently acquired member of the Top4Running team, let me introduce myself! I’m Wynona (or more…

Meet the team and get to know Julia Samuelsson!

Show all articles
Why register?
Register to get lots of great benefits!
Possible to use discount vouchers
Monitor the status of your order
Shared user account for all our online shops
Personal data entered into the order in advance
Extra 5% discount
Prior access to exclusive news and limited products
Special offers and discounts for club members only